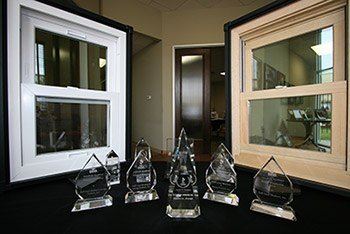 Gulf Coast Windows have been the proud recipients of the Better Business Bureau (BBB) Award of Distinction at the Awards for Excellence ceremonies a total of ten times from 2006-2015. Additionally, Gulf Coast Windows won the prestigious Pinnacle Award from the BBB for proving themselves to be the best and brightest in their industry.

Under their current and original owner, James Fiume, Gulf Coast Windows has maintained a respected relationship not only with the Better Business Bureau, but with the residents of the Greater Houston area. Time and again Gulf Coast Windows has proved itself to be among the elite in their industry, and the BBB continually takes note of their continued excellence, not only in business, but customer care and product satisfaction.

For more information about Gulf Coast Windows’ products and packages, contact them online today and request a free quote.

"Dear Mr. Fiume, I am very late writing this letter to you. Last summer your company put in a double-picture window in our Galveston townhouse. It was to be a surprise for Fathers Day (ending up being for his birthday..."

"My husband and I were very pleased with the work of the installers for our den windows. The windows really look good, and Rodney and Tommy were prompt and efficient. The windows were carefully installed, and they cleaned up the..."

"Gulf Coast Windows has been our source of quality replacement windows for several years. The professional help from start to completion is extraordinary. The service is superior. When our first windows were installed we were delighted and so pleased. We..."